The recession had hit and I always had a keen interest in sports and how the body works so I felt this was an opportunity to up skill. I started by training in Anatomy physiology and holistic massage in the Institute of Beauty in 2013. That course gave me a base to work from. I then studied in sports injury and rehabilitation management in the Waterford College of Further Education. As part of that course I needed to complete  work experience which I got from local junior league club Southend United football club in late 2013.

Later that year I was asked to work for the Oscar Traynor Waterford team. The following year I covered the Waterford inter league team youth team. In 2016, I started to study physical therapy in the.  This would give me more clinical skills to work within my own practice. While studying physical therapy, I was also studying Dry Needling, Cupping, Articular Acupuncture in the College of Acupuncture and Chinese Medicine. I felt by studying the eastern and western techniques with would give me the best of both worlds in treating people.

Former Shels Physio for 2021, Brian Kennedy was a club stalwart and was tasked with maintaining and preventing as well as reacting to players fitness concerns during the season.

Brian was responsible for several teams at the club including the First Team. 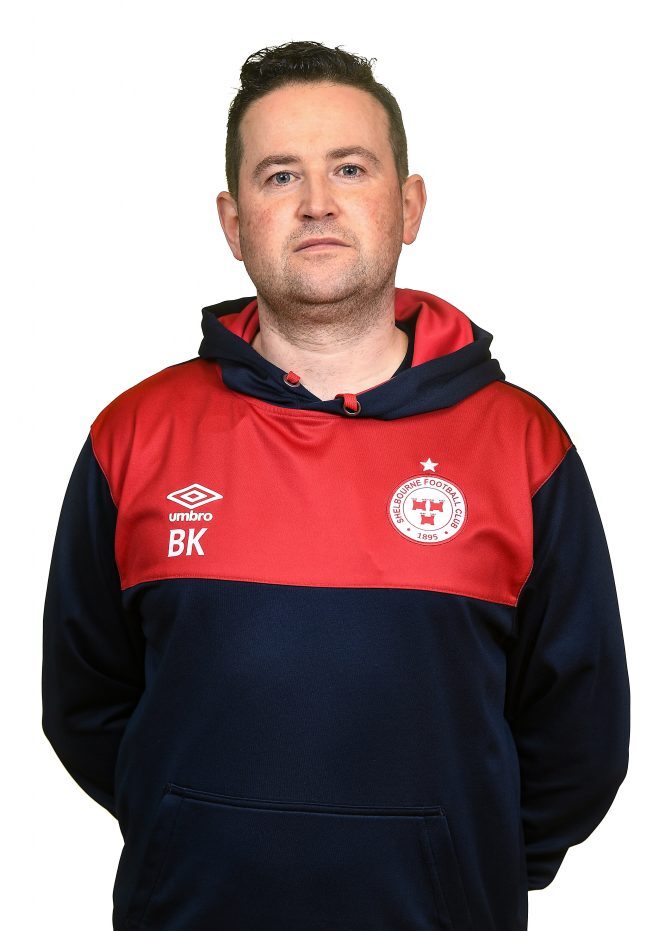 The Waterford College of Further Education  2014

The Institute of Beauty Waterford 2013